Between the 13 and 15 hours today Tuesday, August 13, when a monitor of a nautical excursion company was in the vicinity of Cabo de la Nao with some clients, has found a specimen of loggerhead turtle caught between plastics and capes, as explained to this medium from the company.

The monitor has rescued the turtle and has put it on the jet ski to immediately transfer it to the nearest beach, the Cala de Barraca o Portitxol where you have notified the first responders of Red Cross Xàbia, who provide the surveillance service, to attend and release the turtle specimen that was still alive.

The turtle had ropes, nets and plastic bottles hooked on its fins. In spite of the difficulties due to the considerable swell that exists today in our coast, the nautical motorbike has tried to approach the maximum allowed to bring it to the lifeguards, who have been able to transfer the turtle to the same beach to carry out the initial attention protocol following the indications of the Oceanogràfic Foundation. 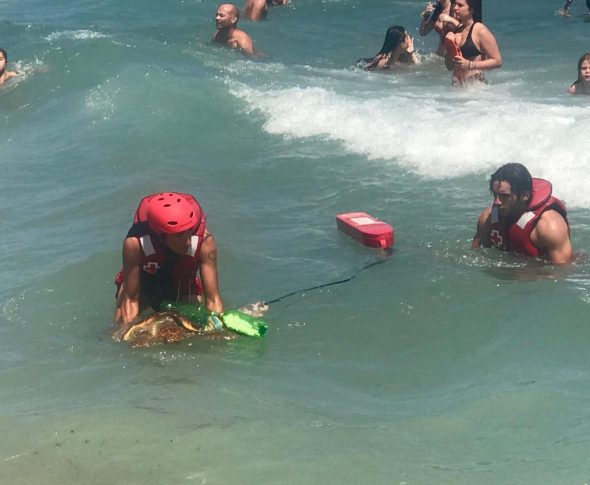 As soon as it has been released, the turtle has quickly returned to the sea. An attempt has been made to locate it again since the Oceanogràfic wanted to check if it needed medication and care but for the moment it has not appeared.

Remember that the Red Cross has an agreement for cooperation, surveillance and monitoring of marine species and always supports any type of rescue to supervise that it receives the necessary attention until the arrival of specialized personnel belonging to the Oceanogràfic. 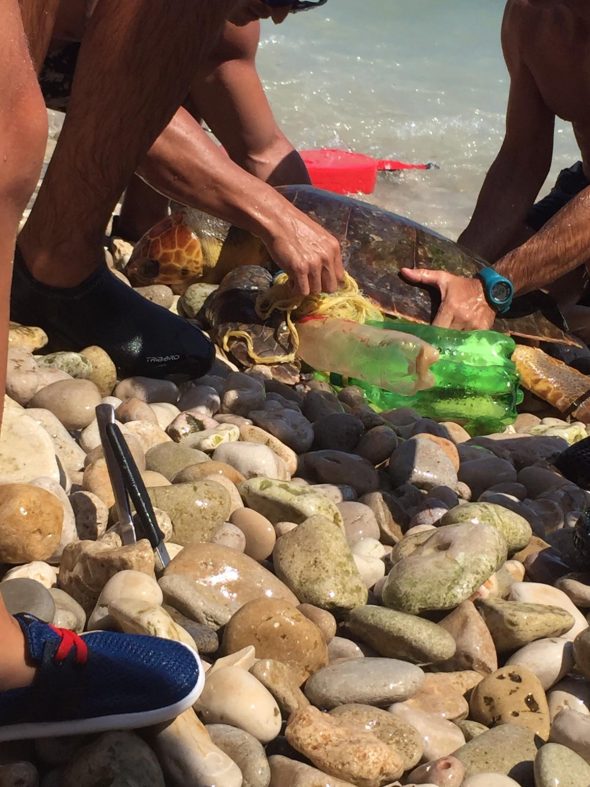 New positives continue to be added in the Marina Alta, also in Xàbia
August 14st, 2020

Cala Blanca to the top despite the exceptional nature of this summer
August 14st, 2020

Helicopter rescue on the Montgó of a young man after suffering a heat stroke
August 13st, 2020

'Gullypabs', the rapper from Xàbia who gets millions of views with his video clip 'in Spain'
August 13st, 2020

Xàbia summons the Municipal Council of Culture to analyze the works of the church
August 12st, 2020
Leave your comments