The triathlete Cristina Roselló, belonging to the Tri Infinity Mostoles, comes from competing and
add to his wide palmares two new medals. The one from Xàbia hung around her neck
bronze medal in the individual modality, when finishing in the fourth position the Spanish Triathlon Championship round by Long Distance teams. The second classified to be of Portuguese nationality did not score. 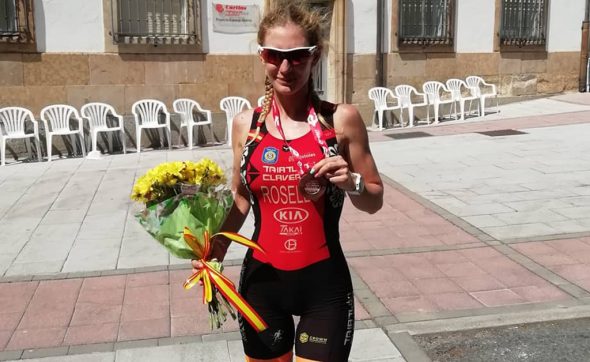 The test, held in Salamanca, had a guest that caused havoc, the strong heat, which forced the organization to advance the start of the race half an hour, although the participants would have appreciated that this advance had been one hour.

In the first swimming segment, Roselló made a good impression when he came out in the fifth position of the water of the Tormes River, after completing a two-lane course of 1.500 meters.

The xabienca arrived with much desire to take the bicycle, ahead had 120 kilometers to enjoy a mode where it usually goes very well. The participants gave 3 laps to a circuit of 40 kilometers. Cristina Roselló began to climb positions and was placed in the third absolute. 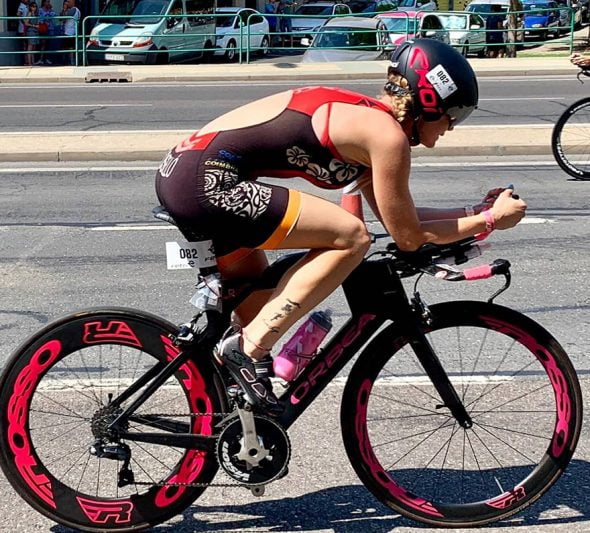 In the whole cycling segment he was accompanied by a GPS that was put by the Spanish Triathlon Federation to control the drafting. Roselló completed the distance with an average of 32,6 km / h and he did it in the third position.

He had the last leg of the race on foot along the riverbank. The one of Xàbia began to run with head, tried to dose to the maximum its effort. The first lap of 11 kilometers went well, the second round fatal. He began to suffer from stomach pains that made him stop, the gels they gave were hot, the water from the refreshments as well. This made him lose the third position and only the fact of abandoning passed through his head.

The heat was inhuman and the lack of strength was reflected in her. "I completed the turn and could not continue", affirmed the triathlete, but the mood of her boy, the pressure and some teammates helped him. He chose to finish it for the team and make the last 11 km, adding a total of 33 km, 3 km more than what the organization had marked start. 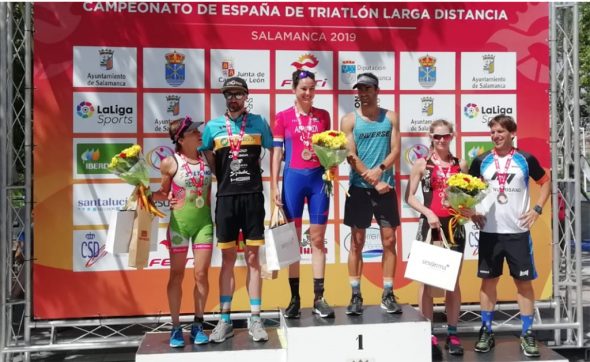 Cristina Roselló finished the race with a total time of 7 hours and 41 minutes, although it will take time to forget the suffering caused by the hard last 22 kilometers of foot race, where she was very affected by the heat and high temperatures.

The balance was very positive for the Xabienca triathlete who finished in the fourth absolute position, although it was a bronze medal, since the Portuguese did not count for the final classification. By teams, along with her teammates, Ana Caleya and Isabel del Barrio, got the runner-up of Spain Triathlon Long Distance.

Roselló again thanked the effort and the help he receives from Matties Bags, Hotel Nou Romà, Rosso Wheels, Boronat Bicicletes and Quiromasajista Rafa, Nutrixxion and El Raconet. The athlete is now preparing her next and last appointment, which will be the Spanish Cup of Medium Distance Triathlon, which will take place at the 20 in July in the Aragonese town of Mequinenza.