Cristina Roselló wins the Spanish Duathlon Championship with her team

Soria hosted, a few days ago, the Spanish Middle Distance Duathlon Championship and the athlete from Xàbia traveled there, Cristina Roselló with his team, Tri-Infinity Móstoles. The girls showed their worth and got the first place for women by clubs, thus proclaiming themselves as Champions of Spain in Duathlon. 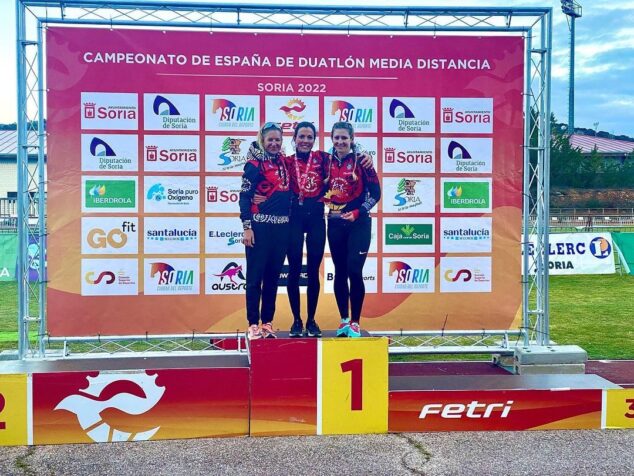 Cristina Roselló and her team, champions of Spain in Duathlon

In the Medium Distance category, a first section of the 15 km run is covered, followed by a 60 km road bike section and ends with a last section of the 10 km run. Roselló commented, through his social networks, that the low temperatures were noticeable during the course of the test, although the good results of the xabiera helped the club get the first position by teams.

Cristina Roselló managed to cross the finish line in sixth place, just 30 seconds after her predecessor. And it is that, as the athlete explains, "the first 15 km with its climbs I felt very good, finishing in 5th position to enter the pits", but she lost two positions while she was changing her clothes. He was quickly able to recover the positions but the 65 km of cycling with his more than 800m of accumulated during the last two laps "the cold was noticeable and the legs were purple. It was very hard with its cold air but we continued to face the last 10 km in the foot race, I was 6th elite and that's how I finished".

Cristina's assessment is positive because they were Champions of Spain "but I am not completely satisfied with the 30 seconds that separated me from fifth position."