The Councilor for Citizens for Jávea, Juan Ortolá, has held a meeting with the neighbors of the Camí del Cuartel in the La Plana area.

The residents of this game have transferred to the mayor xabiero his discomfort with the City of Xàbia for not giving solution to their requests. According to neighbors have explained, for several years "We are vindicating the settlement of the barracks of the barracks since it presents an unfortunate state and harms the access of those who live in this area, but the city council has ignored the demands". 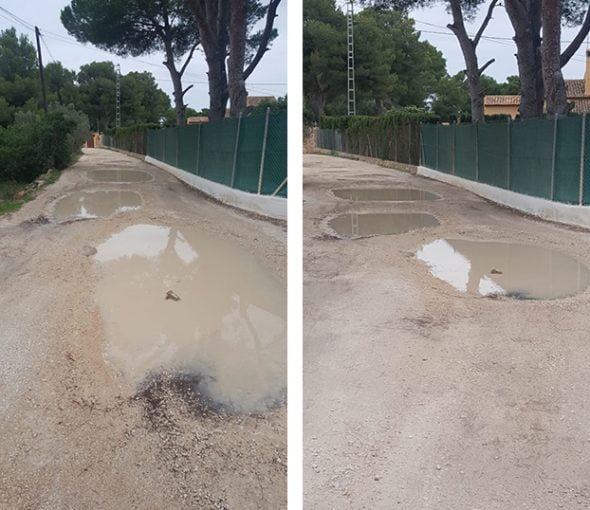 The problem is that it is a dirt road and when it rains large holes are created that prevent the passage or access of vehicles to their homes "because when trying to pass, the bottom of the cars are caught in the water rafts", indicate the neighbors. From Ciudadanos por Jávea they say that the neighbors say that the solution "It is not to crush the different holes that exist or occur on the road, but to fill all the landings of the rafts and leave them flat, crush and level the floor with a curl, once it stops raining and is dry" .

Although it has been the citizens of the Camí del Cuartel who have denounced the poor state of this road through Ciudadanos for Jávea, they assure that in the La Plana area there are other roads with the same deficiencies "Since by belonging to the Montgó Natural Park, the roads cannot be paved."

The owners of the houses located in the Camí de la Plana San Jeroni have also expressed their displeasure at the writing of Xàbia.com due to the same situation of their way. A neighbor explains that this road is full of rafts, "to the point that you can not walk, or pass by motorcycle or car, getting to observe the pipes".

The neighbors of this road that gives access to Cova Tallada stand out "That it is a Natural Park does not imply that the neighbors are totally abandoned."

The residents of Camí de la Plana San Jeroni affirm that they have repeatedly requested a solution, "but it depends on the board of the park".

Another pending issue awaiting the neighbors of La Plana is mobile coverage, "We pay our taxes and the mayor and the corresponding council should face and position us." 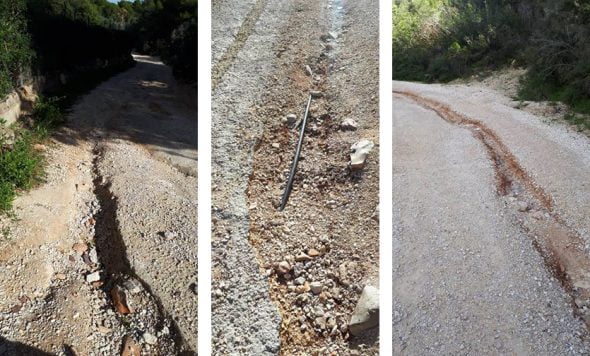 Citizens for Jávea: Communiqué on the approval of the municipal swimming pool project
August 29st, 2019

Juan Ortolà (CpJ): "We propose to return to the neighborhood police that the PSOE removed and urgently solve the issue of burglaries and burned cars"
May 24 2019

Citizens for Jávea criticizes that there is no money for the roads, "but for the Granadella trenet"
May 23 2019

Juan Ortolà (CpJ): "We want the Tapies sector to develop immediately to give continuity to the Freginal and turn it into a more attractive neighborhood"
May 22 2019

Juan Ortolà (Citizens for Jávea): «It is time to practice a proximity policy and say goodbye to the roll policy of the absolute majority of the socialist government»
May 20 2019