This 2022 the cinema returns in Valencià aimed at children and their families. On this occasion, the Department of Culture has scheduled three appointments this quarter.

The first screening will be 29 de Enero with the movie The cargol and the whalewhich will take place at 17:30 p.m. Culture House. 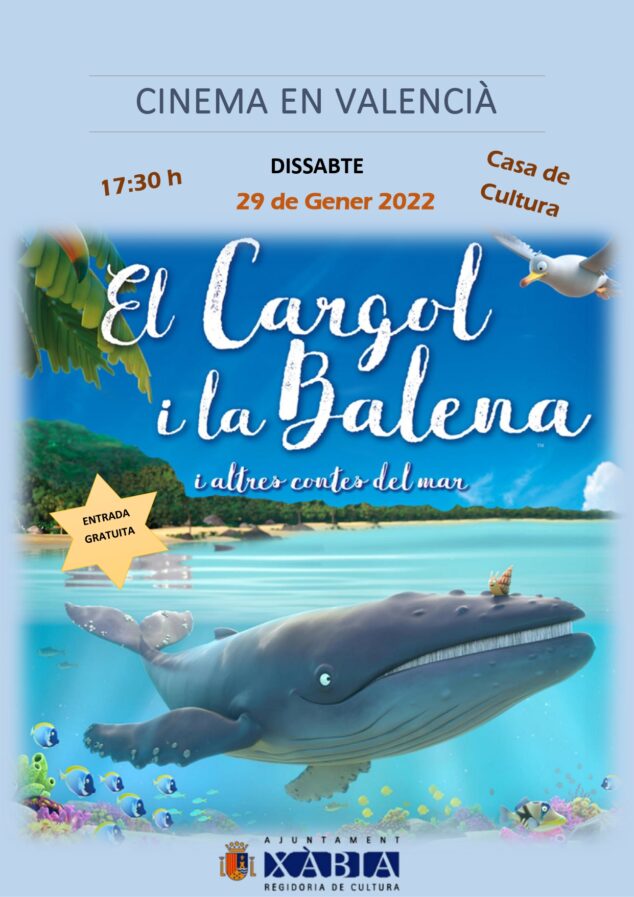 Poster for the movie 'El cargol i la balena'

El 5 February the movie will be Pippi and Mr. Sense are. The appointment is at 17:30 p.m. at the House of Culture. The synopsis of the film says that Pippi has just had a brother, which changes everything in her life. With the help of his imaginary friend, the Lord Sense Son, they will create a plan to save the Christmas holidays. The film, recommended for ages 3 and up, deals with how boys and girls experience the arrival of a new sibling, a story full of values ​​about relationships between siblings. 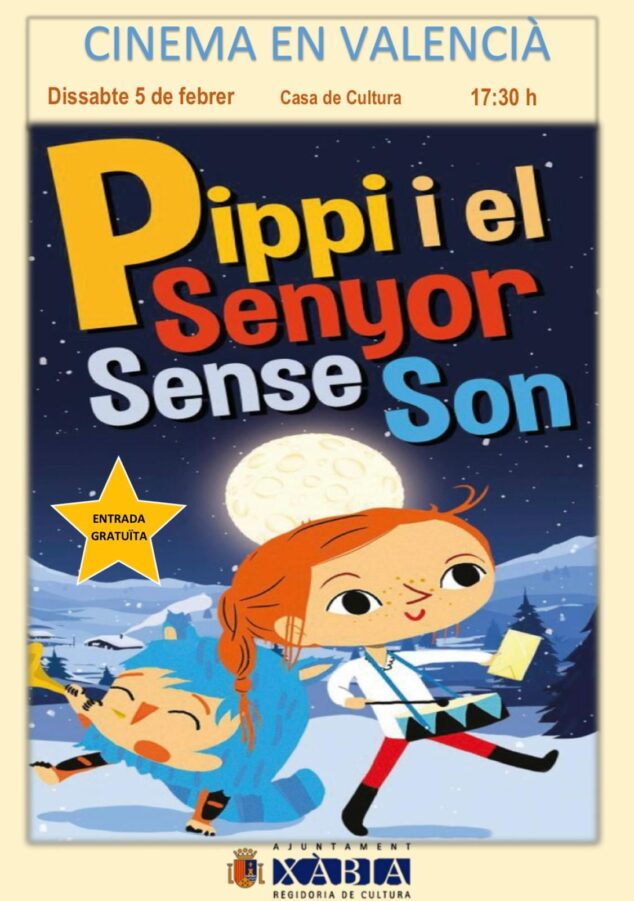 Poster for the movie Pipi i el Senyor sense son

El April 23 screening will take place the croods. The screening will be at 17:30 p.m. at the Casa de Cultura. The Croods is an animated adventure and comedy film. The film is set in a fictional prehistoric era known as the croodaceous and is based on a cave family, called the Croods, who survive thanks to the overprotective nature of their stubborn and strict patriarch, Grug. The only one who questions the family's refugee lifestyle is her teenage daughter, Eep, who frequently disobeys her father's orders towards what he finds dangerous.