The City Council of Xàbia approved this Thursday afternoon the rewards of the councilors with full and partial dedication of this legislature, one of the most controversial points of the first plenary session of this new stage.

Thus, the councilors Isabel Bolufer, Ximo Segarra, Pepa Gisbert, Kika Mata and Montse Villaverde, who will have exclusive dedication these four years, will charge 45.000 euros per year. Toni Miragall, with partial dedication, will receive 35.000 annual euros, while for Marta Bañuls and Rita Berruti each of 25.000 annual remunerations for their partial dedication was approved. 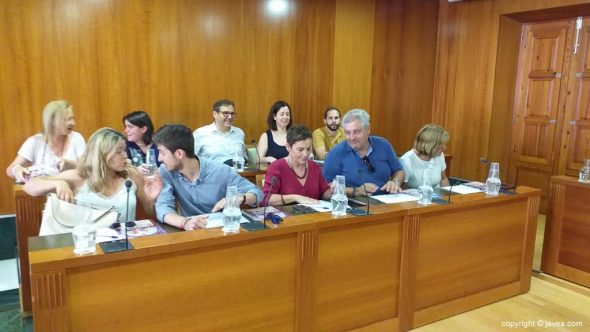 The mayor, for his part, will not have salary as such, but will charge for his attendance to plenums and commissions. It should be remembered that Chulvi is this legislature Deputy in Les Corts.

From the opposition, Vicent Colomer (Compromís) denounced that some media had published the figures before even the councilors knew them. In this regard Chulvi added that erroneous data had been published.

Juan Ortolà (Ciudadanos Por Jávea) denounced that the City Council is increasing expenses after this approval of retributions, a matter refuted by Chulvi, who argued that the exclusive dedications in Xàbia are below what the law indicates. 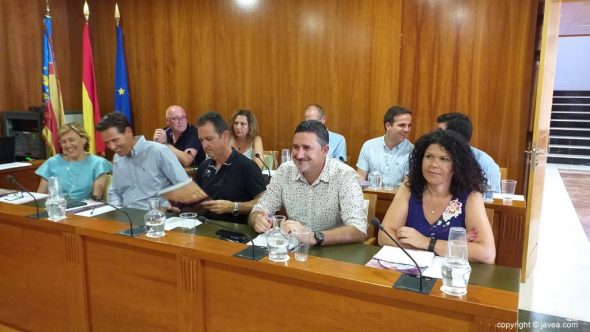 For her part, Rosa Cardona (PP) criticized the "excessive increase" of the exclusive dedications, and threw in face to the equipment of government not to have thought about the situation of the local policemen, who are not charging the extra hours, before having approved their salary increase.

In this legislature, group secretaries for opposition parties are not contemplated, a measure that is criticized by the municipal groups.

New schedule of the ordinary plenaries

During the session the new schedule of the ordinary plenary sessions was also approved, which from now on will be held on the last Monday of each month at the 13: 30 hours.

The spokesmen of the opposition disagreed on this change. Enrique Escrivà (Citizens) denounced that it is not the best time for people to go, something in which Colomer and Ortolà agreed. Rosa Cardona also added that there are many councilors who work outside and that is a complicated hour.

The spokesperson of the PP also requested that the plenary sessions be recorded on video, a point that the government team will consider starting soon.

The new schedule was approved with the votes in favor of the PSOE, the abstention of Compromís and the votes against Partido Popular, Ciudadanos por Jávea and Ciudadanos.