The government team of the City of Xàbia will tender in this term a total of 18 projects which will amount to just over 19 million euros. This was announced by the first mayor of the town, José Chulvi, accompanied by all the Socialist councilors.

Chulvi, in the first place has made a balance of 2019 in which he stressed that all departments have been working and have clear objectives for this 2020. A year that the mayor has described as historic for Xàbia "since important infrastructure such as the Auditorium will be completed".

With respect to the unrealized works, the mayor has indicated that they are calm, "What we say we do, and if one has not been possible, we have worked as far as we have been allowed. We have not lost any subsidy and at whatever cost in work and management, our way of acting has been to revalidate an important electoral result and we will continue working as until now ". 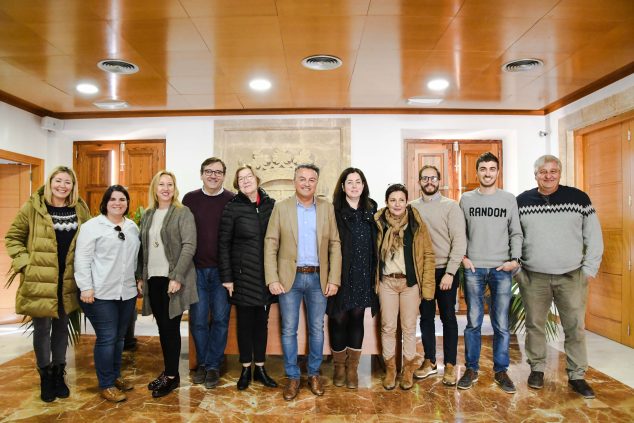 Government team in the presentation of projects 2020

By 2020, the mayor of Xàbia has pointed out the significant volume of works and projects "with more than 19 million euros, taking into account the Edificant Plan of our schools".

José Chulvi has indicated that "A City Council is much more than works" highlighting the work in Security, Services and other areas. The first mayor has highlighted that "In Xàbia it has improved in planning and emergency response. We are an example in other populations and we have a coordination in the activation of CECOPAL. In addition, Civil Protection has been provided with means, for the Local Police three years ago they have moved to a model unit and the fleet of vehicles is updated. "

Chulvi has added that the acquisition of a rapid response vehicle is planned and among the proposed measures the firewall in Montgó-Toscamar has been made and another firewall will be executed shortly in the Rafalet area. Also, this week exams and tests are being carried out to reinforce the number of local police "and the main objective is the increase in the workforce".

The mayor of Xàbia has commented that the great challenge of the government team is the renewal of the waste collection service contract to make a service sized to the needs of Xàbia. José Chulvi has also talked about the actions that are planned to be carried out in the neighborhoods of Thiviers and Frechinal, "Work is underway on the integral renovation of the parks in these two neighborhoods, the renovation of the lighting of the Arenal beach, the opening of electric points for vehicle recharging, as well as the implementation of the Wi-Fi network in different parts of the location".

Chulvi has clarified that they are aware of taking care of the environment by protecting our natural spaces and improving the rational use of beaches and coves and renewing the tender for beach surveillance and a new coastal beaconing plan, "We hope to have the Biosphere certification and together with the Valencian Tourism Agency so that Xàbia is an intelligent tourist destination". 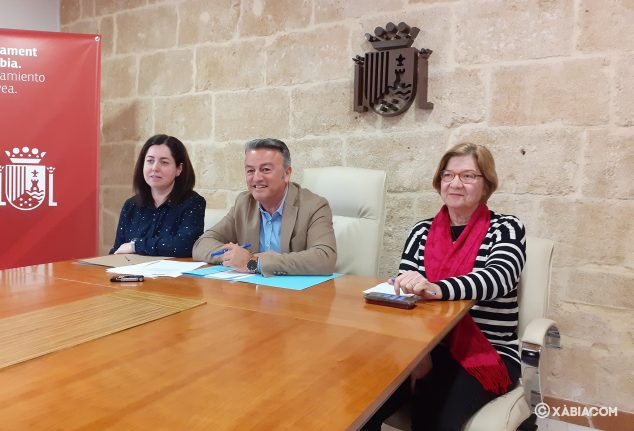 José Chulvi with the mayor Montse and Isabel

En Heritage, the mayor has mentioned the future bidding of the San Antonio lighthouse project and the possible acquisition of one of the Molinos de la Plana.

In this department, the mayor of Xàbia has stressed that they now have more staff than ever dedicated to the people who need it most, "Thanks to grants from the Generalitat we offer support to battered women and equality is encouraged. Xàbia has been the town that has processed the most applications for the Valencian income for inclusion of the entire region, getting 130 families to have this income."

As Chulvi has indicated, the objective of this year is to maintain services and reinforce resources to attend people with chronic mental illness, incorporating a new monitor for TAPIS workshops and to be able to open a guardian apartment.

In cultural matters, the mayor of Xàbia has pointed out that the festive calendar is wide and the City Council will always be behind the festive commissions. Also, in sports, the councilman, Alberto Tur, works on a strategic sports plan that analyzes and specifies the priorities for investments in facilities and that contemplates the implementation of an online reservation plan for the use of municipal sports facilities and encourage Sport in open spaces. 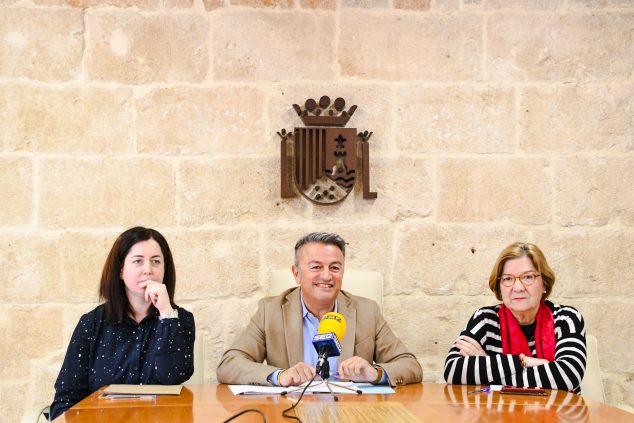 Presentation of Xàbia projects for 2020

En EducationIn addition to the Edificant Plan, Xàbia is pending the construction of the new nursery school and trying to participate with childhood-friendly cities. In the area of ​​Youth, a line of aid for young transport will be opened and "The department has been restructured, an information point has been opened in secondary schools, there is a study room in Play Jove and youth associations have been encouraged", Chulvi said.

The Consistory will continue collaborating with the associations of merchants and businessmen and will continue with the work of the Municipal Mercat, which has noticed several improvements with the activity of these last months.

In Urban Planning, the government team is preparing an Urban Mobility Plan, updating the Equality Plan and preparing a Municipal Acoustic Plan.

Chulvi wanted to make it clear that his executive will follow the line of the last legislature: "The taxes have not been raised and the municipal debt is at zero. At the moment, the main objective is to take out the municipal budget and for this next year the registration certificate rate will be eliminated."

In progress, the construction of the auditorium continues, the renovation of the sidewalks of Avenida del Plà or the paved roads of Pic Tort Street, in Granadella.

As for the works pending start, José Chulvi has listed the rehabilitation of the Triana Bridge, since this week the staking act is signed, the sidewalks of the Els Furs Avenue, scheduled to start this week, the improvement of the Storm rains, electric car charging points, the first phase of the industrial estate, Juan Carlos I sidewalks and the annual asphalting plan.

On the pending works are: the two roundabouts of the Gata de Gorgos road, the Montgó collector, the indoor pool, the new covered pavilion, the municipal escort, asphalting of the Customs parking, a roundabout in Avenida de Palmela, extension of a platform at the bus station, the change of the paddle tennis courts that will be linked to the pool, adapt a plot in Pou de Moro to house the Graüll while the new one is built, construction of bathrooms for the ground floor of the Center Social, continue in the project of the path of the First Mountain, new changing rooms in Les Mesquides, change of the roof and floor of the Palau Miguel Buigues and the change of location of the kennel.

In the works of the Pla Edificant are prepared to tender those of the Arenal and Port school. Those of Vicente Tena have finished drafting the project and remodeling the Graüll, the project is pending completion.

Budgets of the 18 works

As mentioned, the total budget for the works amounts to 19.069.531 euros, leaving the figures distributed as follows according to the amount awarded and the bidding basis:

The Valencian Consell meets in Xàbia
07 of February 2020

Renovated chalet with jacuzzi and sauna for sale with Xabiga Inmobiliaria

Increase the profitability of your villa or holiday apartment with Rock Rentals
more promotions Browse Contests
The weather in Jávea
Jávea
febrero 19, 2020