Casa Pepa passes into the hands of the BonAmb group

The xabienc group of Alberto Ferruz, whose restaurant BonAmb has two Michelin stars, buys the business that Pepa Romans founded in Ondara. The acquisition of the legendary establishment of the region makes BonAmb one of the gastronomic business projects to be considered in our region. 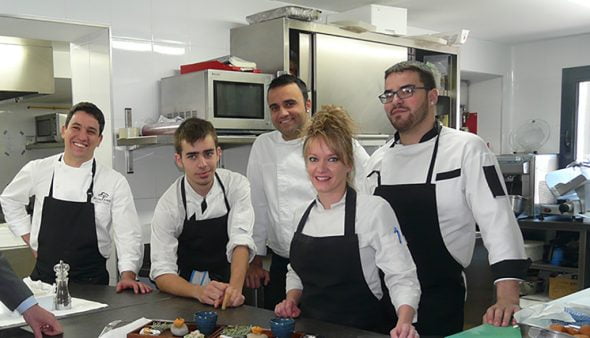 Casa Pepa, which was founded in 1986 by Pepa Romans in Ondara, also achieved a Michelin star in the 2000 year. Romans, who died in 2016, thus became the first woman in the Comunitat Valenciana to achieve such an important distinction. Now, at the hands of Ferruz, which is committed to maintaining the same team of workers that until now had the restaurant, will open its doors from Friday 5 in July.

'Xàbia al plat, Primavera' allows you to delight the best dishes at a good price
March 03 2020

Do you have an expired driving license? Driver Recognition Center Jávea informs you

How to maintain a healthy diet during quarantine: Tips from Dietitian-Nutritionist Mari Olivares
more promotions Browse Contests
The weather in Jávea
Jávea
January 6, 2020