The Three Kings Parade of Jávea: schedule, route and photos

Share
95
Comment it
0
Info
Event Date: 05 January 2022
Event type: Other events
Hours: 17:00 Arrival of SS.MM to the Port of Xàbia and tour of Duanes. At 19:00 p.m., departure from the Asylum for a tour of the historic center
Event finished

The arrival of Their Majesties The Three Wise Men from the East is special. In Xàbia, this appointment is celebrated with two horseback rides: one through the Duanes de la Mar area (port) and another through the historic center (town). Both parades are a continuation of each other, so they share a parade and music. 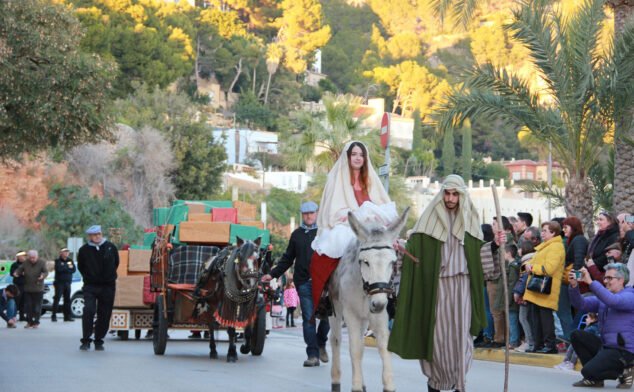 María, José and Jesús in the Cavalcade of the Kings of Xàbia (2020)

The Cavalcade of the Magi from the East is one of the important events on Christmas days. This event is held every January 5 in the afternoon. The Parade begins with the arrival of Their Majesties around 17:00 p.m. in the Port of Xàbia. Later, at 19:00 p.m., the second part of the parade starts from Avenida del Puerto (in front of the Asilo Hermanos Cholbi) towards the historic center of Xàbia. 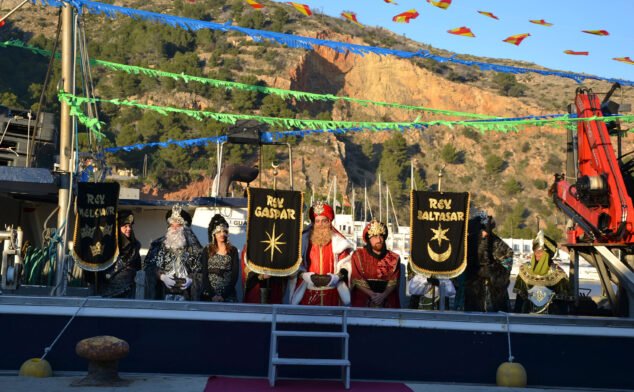 The Three Wise Men arrive in Jávea by boat

The Cavalcade of the Port of Jávea

The Three Wise Men arrive in Xàbia by boat. Once they are on land, they begin their parade accompanied by their pageantry, of which the quintos (the festeros of the festivities of Fogueres). Melchor, Gaspar and Baltasar are received by the boys and girls of the town together with their families. 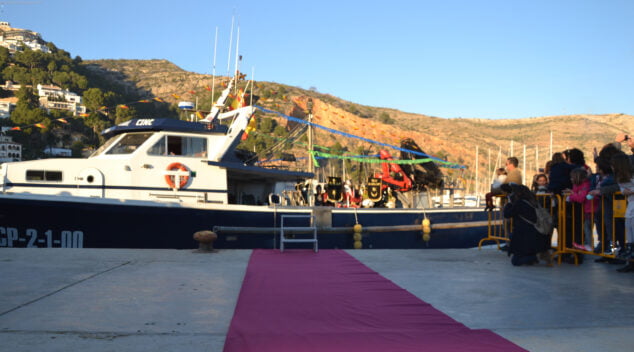 After welcoming and being greeted by the municipal authorities, Their Majesties, accompanied by their pages, occupy the floats and begin their journey through the fishing district of Duanes de la Mar accompanied by bands of music and children's atmosphere. 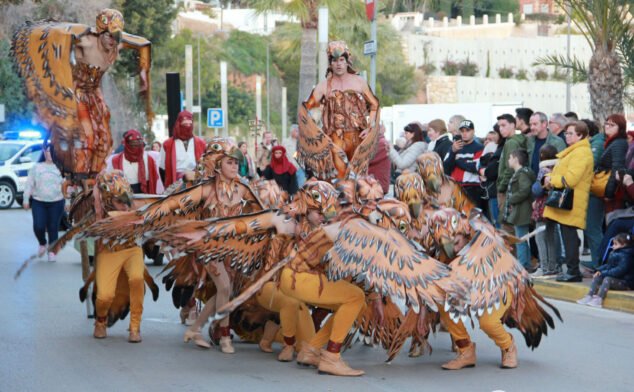 During the itinerary, the kings, their pages and the pageantry distribute sweets to the entire audience. Upon arrival at the esplanade of Avenida de Jaime I, the Three Wise Men stop on a stage, where they give a welcome message to the little ones and receive each of the boys and girls who want to share a few minutes with them. 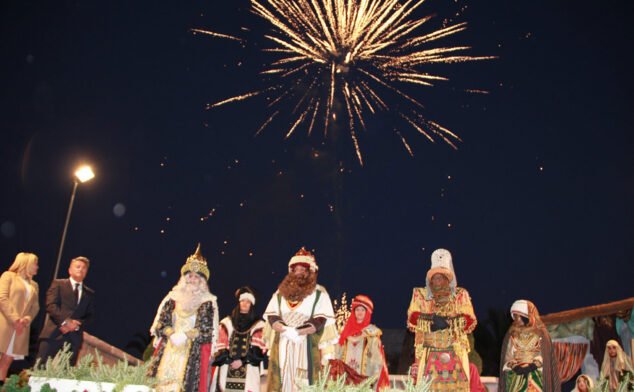 Fireworks at the Parade of the Kings of Jávea 2020

The Cavalcade through the old town of Jávea

While the little ones talk with the magicians, the floats and the rest of the parade, they continue their journey without them and arrive at the Asilo Hermanos Cholbi. There they wait again for the Three Wise Men to pay a visit to the nursing home and resume the parade in the direction of the historic center of Jávea. 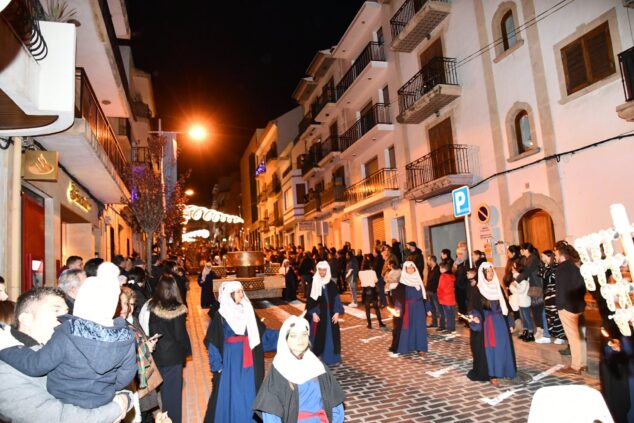 Cavalcade of the Magi through the center of Xàbia

In this part, they will pass through Juan Carlos I avenue, Alicante avenue, Ronda Norte and Príncipe de Asturias street (actually, it is a long straight line, but the roads are changing names). 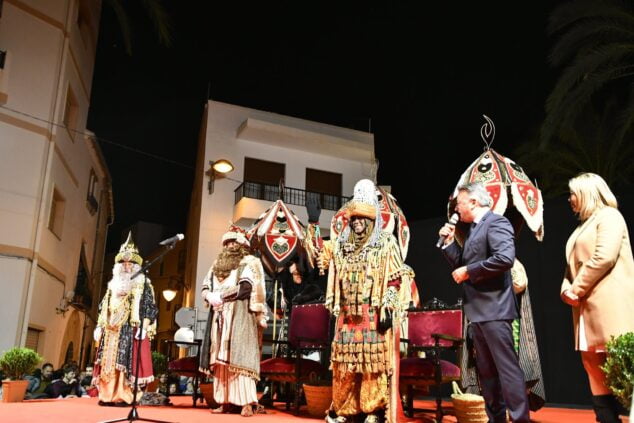 Arrival of the Magi to the historic center of Jávea

The destination of the parade is Placeta del Convent, although the final location has been changing over the years. Once in the placeta, the Kings receive the children again and talk about how they have behaved in the last year.

An attractive act found in this final part of the parade is the living nativity scene.

The organization of the parade of the Magi is carried out by the Town Hall party department, which has the collaboration of different festive entities such as the Fogueres festival commission and a commission of kings created for the parade itself.

In Xàbia, the days before the arrival of the Three Wise Men are also filled with magic for the little ones. On the one hand, from December 26 to the same day 5, real mailboxes are installed in the three urban centers of the town so that the boys and girls can deliver their letters. 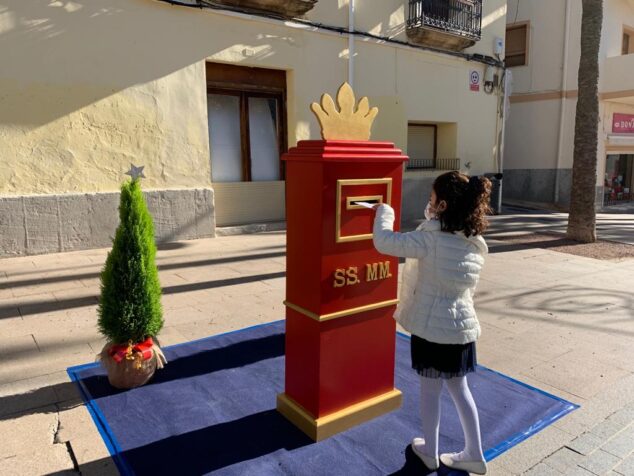 A girl deposits the letter in the royal mailbox

On the other hand, when there are barely two days until the arrival of Their Majesties, the pages go to the municipality to attend to the hundreds of boys and girls who come to speak with them and deliver their wishes in hand. 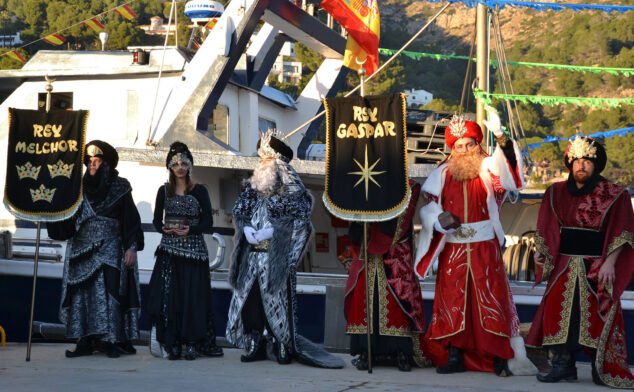 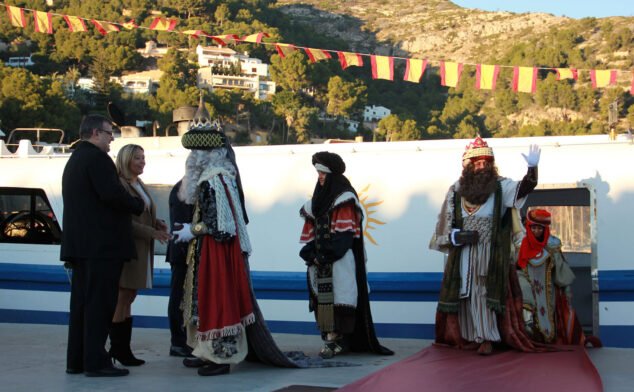 Arrival of Melchor, Gaspar and Baltasar at the port of Jávea 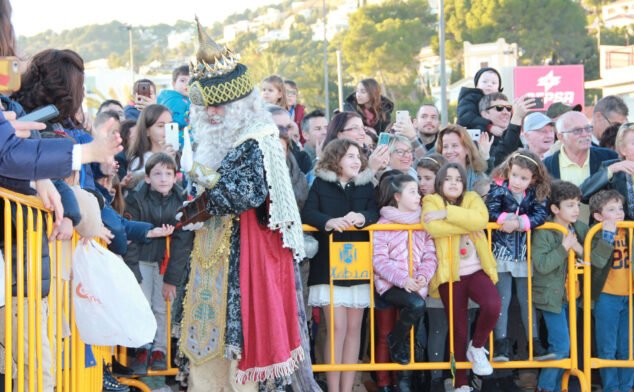 Melchor greets his arrival at the Port of Jávea (2020) 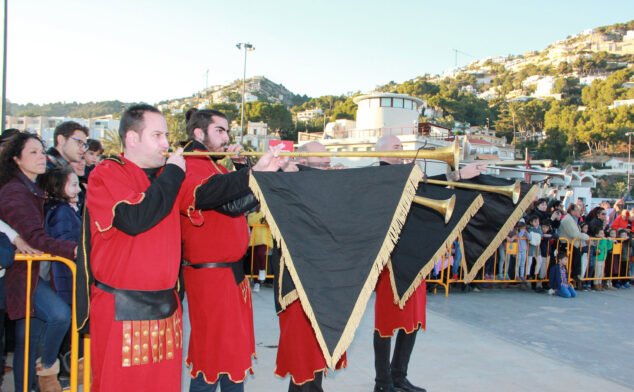 Music at the Three Kings Parade of Jávea 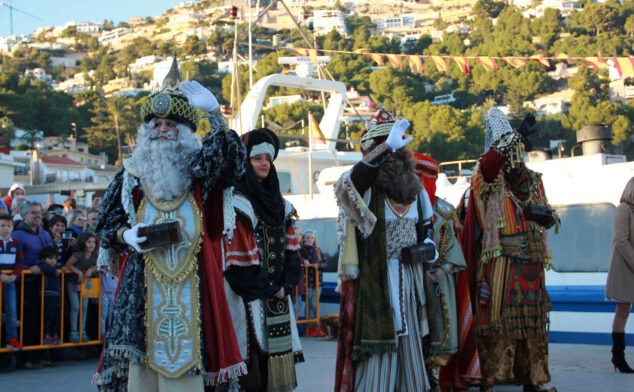 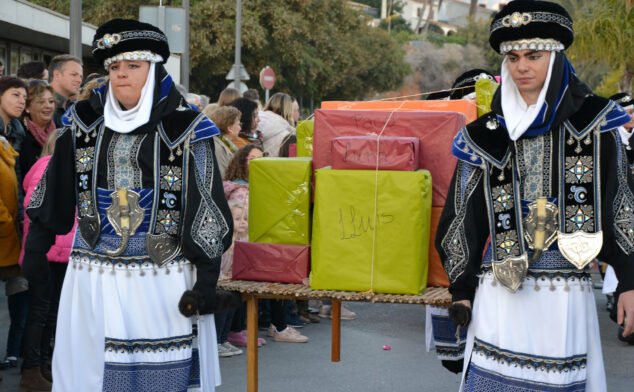 Pages with gifts in the Three Kings Parade of Jávea 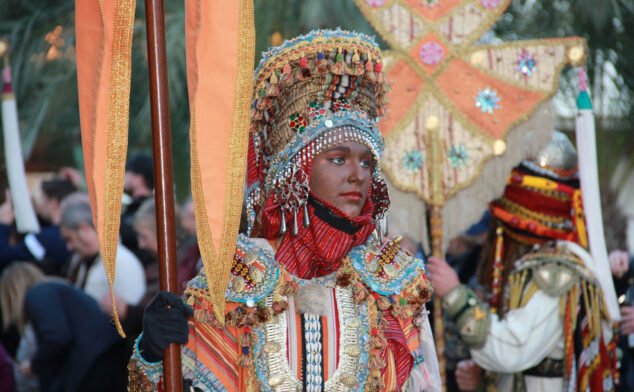 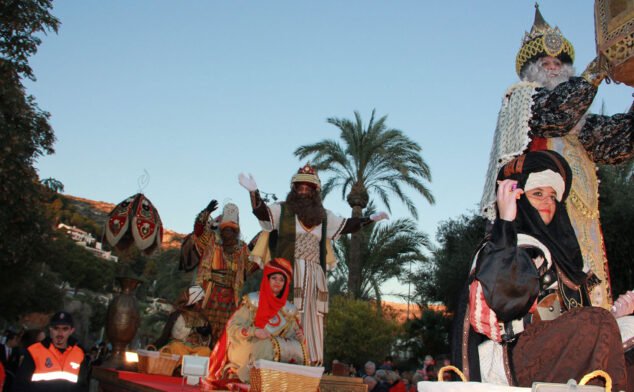 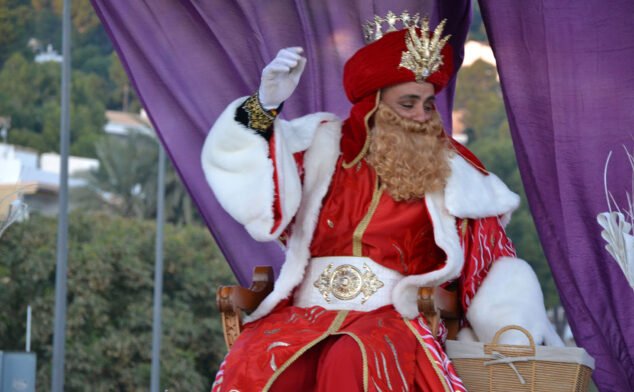 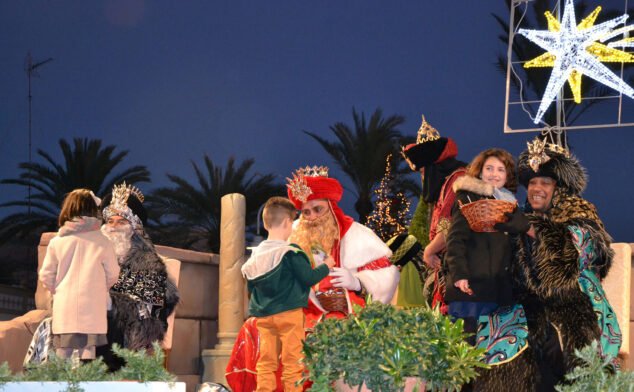 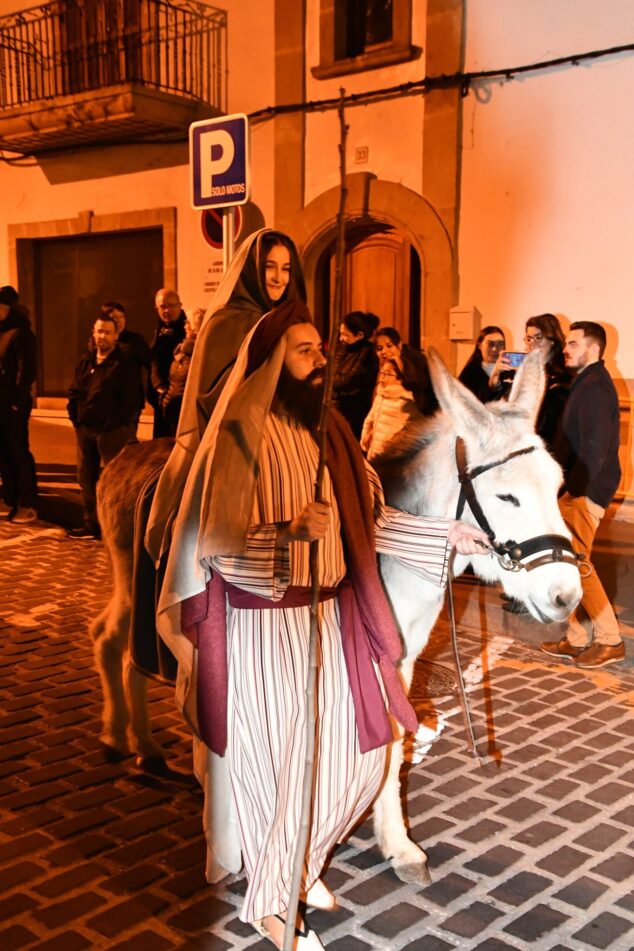 The Virgin Mary and Saint Joseph in the Cavalcade of the Kings of Jávea, on their tour of the historic center 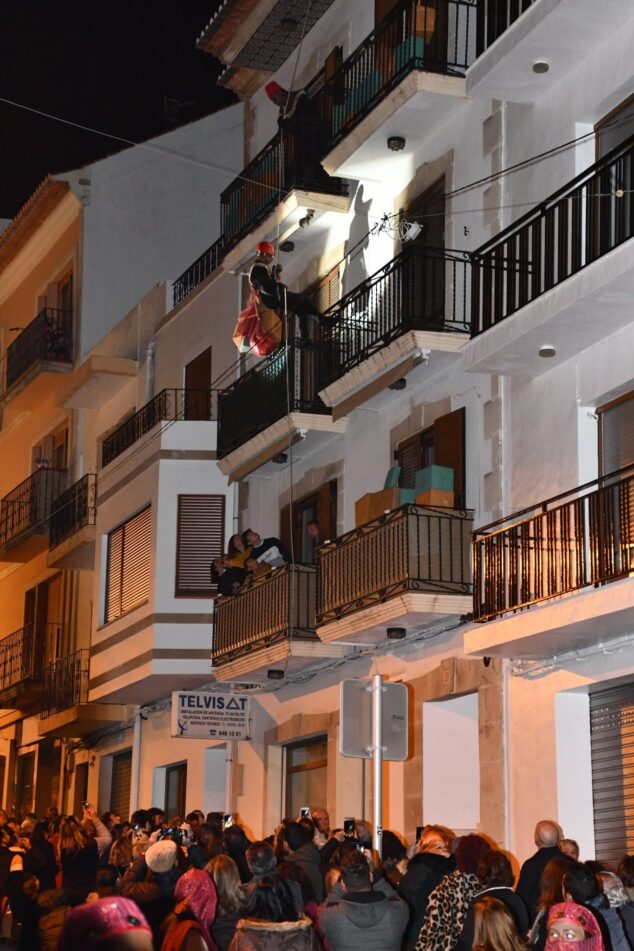 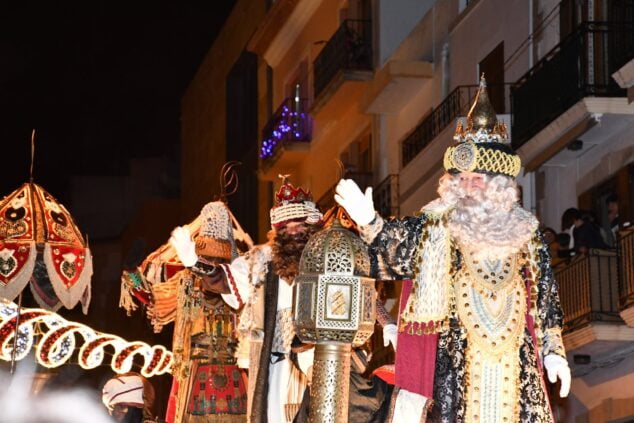 Parade of the Magi through the old town of Xàbia 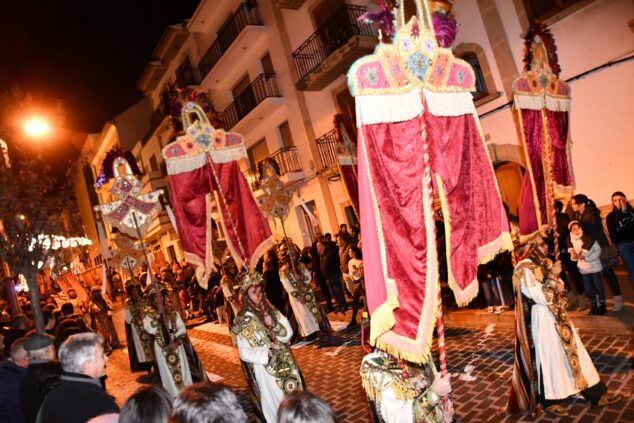 Three Kings Parade in the center of Jávea 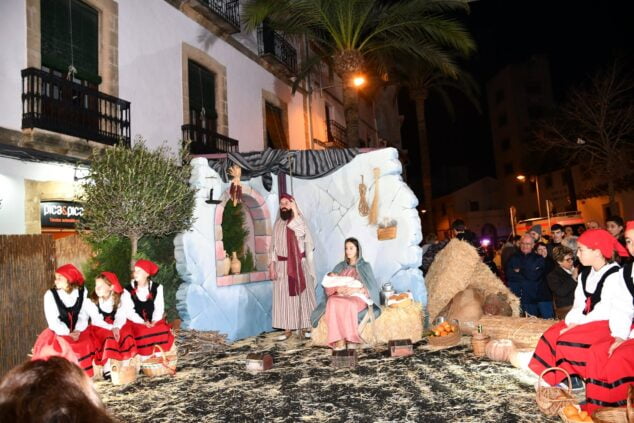 Living nativity scene in the Cavalcade of the Magi of Jávea 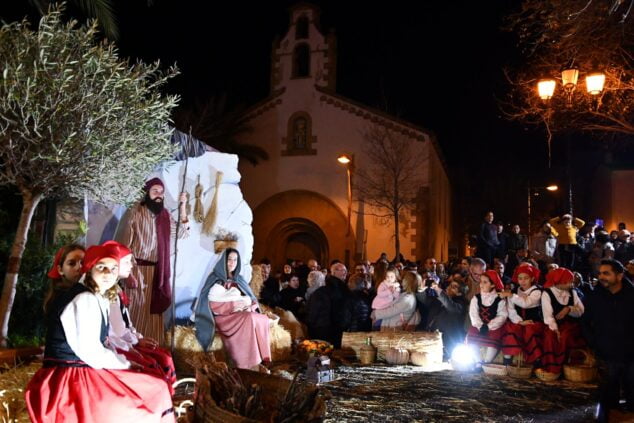