From December 4 to 8, the national base championship and the individual Spanish championship, clubs and autonomies of artistic gymnastics are being held in the city of Valladolid.

The date of celebration was originally in July, but due to COVID-19, it was delayed until now. The Sports Club It montgó de Xàbia has participated, since last Friday with the women's section, achieving very good results. In the first year that the club competed with the girls, it has achieved, so far, several podiums at its premiere:

In base 1 (girls 7/8 years old) have competed the sisters María and Estrella Gamez and Paula Martín Gran.

María has managed to be: 9th in jump, 3rd in parallel, 12th in bar and 4th in floor; With these results she was 6th overall.

Paula has been runner-up in jumping, 4th in parallel, 6th in bar and ground and has managed to be runner-up in Spain in the general.

Estrella has managed to be 1st in parallel and ground, 2nd in the bar and 3rd in jump, with these results she has been proclaimed champion of Spain base. 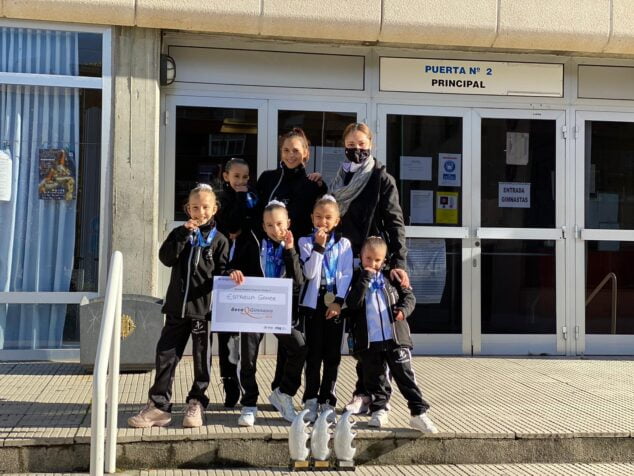 In base 2 (9-year-old girls) Lola Mathews has competed and her good results have taken her to the top of the podium. She has been classified as Champion of Spain in ground, bar, parallel and third in jump and champion of Spain in the general.

In base 3 (10-year-old girls), the club's veteran, Liliana Penge, has managed to be 7th in jumping, 9th in parallel, 8th in pole and champion of Spain on the ground. In the general he was 6th.

From the club they congratulate these champions and their coaches, Judith García-Tenorio and Rimma Khairulina. The men's section will compete on Monday 7 and Tuesday 8.