The Poble Nou de Benitatxell is preparing to live its most intense days with the celebration of its patron saint festivities in honor of Santa María Magdalena. The presentation of the festive 2019 "The desfalcà" and the performance of the orchestra Tribe will be the starting signal for the great program of events that starts the Saturday 20 of July, At 23 hours.

El domingo 21 de julio there will be a valencian ball game at the 17: 30 hours on the Avenida de Valencia and a concert of the X Anniversary of the "Colla la Llebetjà", to the 20: 00 in the Plaça de les Pesqueres. A great mobile phone "Remember" with all the successes of the 80 and 90 will put the perfect finishing touch to the day. 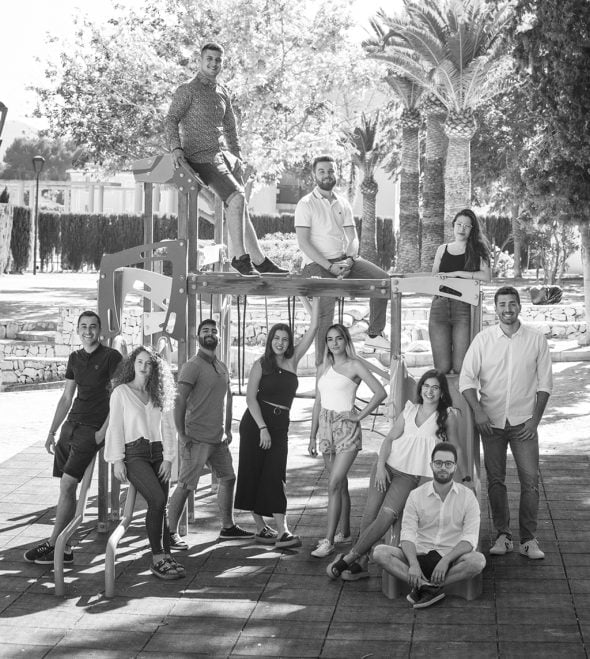 El moons 22 of July the religious acts in honor to Santa Maria Magdalena are celebrated and in the night the orchestra will act New Limit in the Plaza de les Pesqueres. The martes 23 July will be giant paella, foam party, folk dances by the Morro Falquí Group and the show of "Carnavalia on Tour".

El Wednesday July 24 it will be the moment of Fideuà contest and I Beer Pong Championship, at the 18: 00 hours at the Plaza de les Pesqueres. In the evening there will be a popular dinner, a parade of floats and a night of dancing with "Tumbalea Revolution". 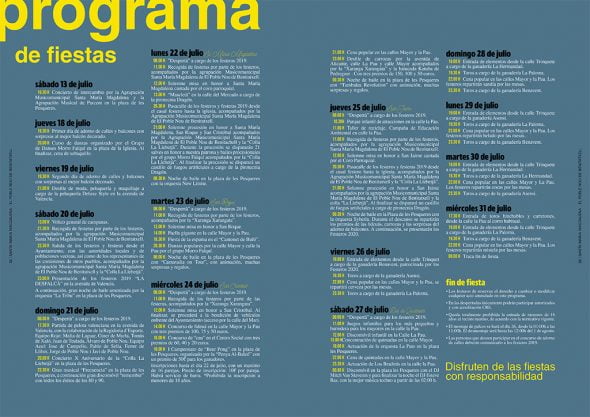 El Children's Day Is celebrated the Thursday July 25 with a children's amusement park and recycling workshops. In the afternoon, religious ceremonies will again fill the streets with the solemn procession in honor of Saint James. At night the orchestra will perform Siberia and the 2020 festeros will be presented.

The second part of the festive program will start the Friday July 26 with the bullfighting days and the meetings of brotherhood. La Paloma, Benavent, La Hermandad and Asensi will be some of the herdsmen invited to the festivities of Bous al carrer.

At the head of the last days of festivities, the concentration of quintadas on the Calle Mayor will be the Saturday 27 of July. In the afternoon the orchestra will perform Duck, at the 18 hours in the Plaza de Les Pesqueres. The party will continue at night with the dinner of quintadas, the performance of The Bradmis and the disco with the DJ Mitch Van Staveren and DJ Esteve Bas with the best techno music from the 02: 00.

The special celebration of the 'Nit de Sant Joan' of the Penya Covid-ats
June 25, 2020

Ariadna Serrat, children's regina of Les Fogueres 2020, sends a message of encouragement to the population
June 24, 2020

Streets of Xàbia dress up for San Juan despite not celebrating the holidays
June 22, 2020