Ars Nova will take his music to Germany

The group of voices Ars Nova de Xàbia will offer a concert at the Misatango Choir Festival in Cologne, where guests are invited by the composer of the Mass to Buenos Aires, Martin Palmeri. Ars Nova is growing. Today the choir of reference and now have the opportunity to represent the land of Alicante and the Navy. 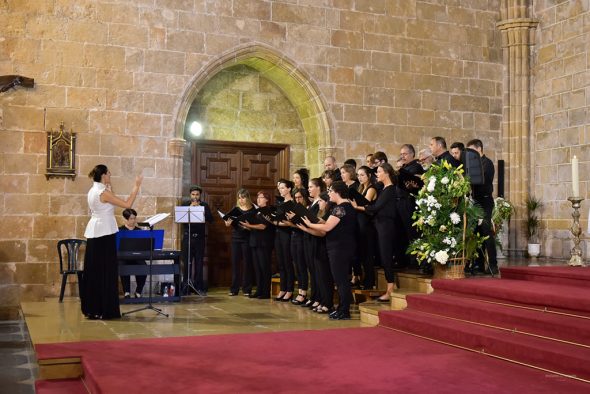 The Festival in which Ars Nova will participate actively is a Workshop where 185 participants from around the world will work together. This event is an opportunity for growth that underlines the commitment to a group that is beginning to be known outside of Spain and that this year has almost tripled the number of annual performances.

The Festival will take place from the 11 to the 14 in July between the towns of Köln (Cologne) and Siegburg, and will work in depth the Tango Mass with the composer himself, who will also play the part of the piano, as well as maestro Pablo Quiteros, who will take over the baton. It will also feature the Neues Rheinisches Chamber Orchestra of Cologne, as well as the soloists Gilberto Pereyra on the bandoneon and the soprano Sigrún Pálmadóttir. The Gala Concert will take place at the 14 in July at the 19h at the Flora Cologne Palais.

Ars Nova, in the concert that 12 will perform in July at the 20: 30h in Sankt Servatius Haus in Siegburg, will perform a program that seeks to value the popular repertoire of different areas of the Peninsula, such as the Basque Country or Galícia, highlighting the most proper repertoire such as the Threshing Ridge from Oscar Óscar Esplá and the Rondel, inspired in The barrack, popular Valencian.

The Technological ADL closes season, this week, with the interviews of Lucía Fontes and Alfonso Pinel
June 30 2020
Leave your comments