Arantza Reig was second in the 'Nautical Christmas of Benidorm'

The sailor of the Optimist fleet of the Yacht Club of Jávea, Arantza Reig, climbed into the second drawer of the podium in the category of girls in the 'XLVI Nautical Christmas Trophy' which organized the Benidorm Yacht Club.

Together with Reig, other club sailors climbed onto the podium in the different categories within the Optismit B group. Raúl Martínez has been third in boys in the Under-11 category and Vivi Alonso and Elena Pérez-Manglano have been second and third respectively also in Sub-11. 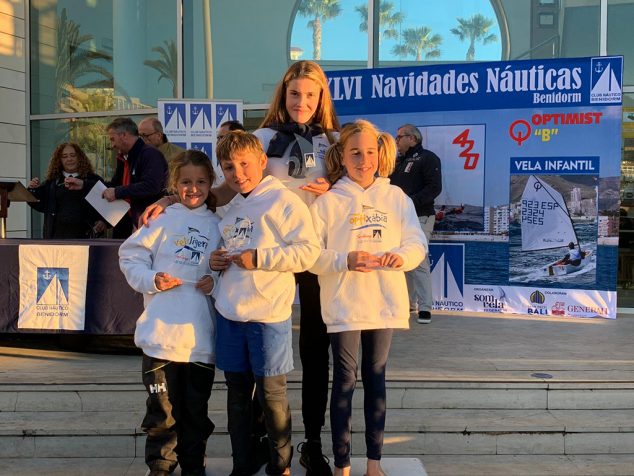 Sailors of the CN Jávea in Benidorm

The Yacht Club of Javea has been one of the clubs that has been the most sailors in this race, being a total of 18 young sailors in the Optimist A and Optimist B class.

In addition, in the Laser Radial class, whose test was played before Christmas, the Jávea Yacht Club was also represented with Alex Hernández who was ranked 17th.

Renovated chalet with jacuzzi and sauna for sale with Xabiga Inmobiliaria

Increase the profitability of your villa or holiday apartment with Rock Rentals
more promotions Browse Contests
The weather in Jávea
Jávea
febrero 19, 2020