The edition of the book that with the title of The temps de la renda I am preparing and that I have planned to be distributed among friends who have provided me with information about that moment and some 'close friends' (word that has become fashionable due to the 2020 pandemic) who have requested it, take some unpublished illustrations by six authors, including one of mine.

Such illustrations are by my uncle Pedro Bas Codina, with an oil painting from 1939; his son and my cousin Manuel Bas Carbonell who at one stage of his extensive and extensive biography painted some oil paintings in which he shows various landscapes of Xàbia; of my 94-year-old friend, Rosa Cortell Vallés, who donated an important part of her pictorial work to Cáritas of the San Bartolomé de Xàbia parish so that she could obtain some benefits for her attentions and also gave to the Javea Town Hall some painting for the pictorial collection of the Municipal Corporation; of
a watercolor of my son Juan Bta. Codina Torres and a monotype made by me, in this case illustrating the ancient olive tree. 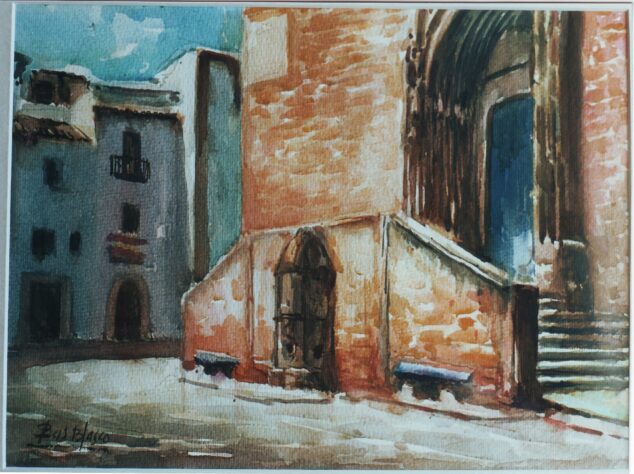 But I want to highlight, above all, the watercolors by Antonio Bas Blasco that, in deference to his sister Rosario Bas, I have included among the illustrations of the temps de la renda. And it is necessary to highlight this painter because it appears in the Dictionary of Alicantinos Painters and in the Dictionary of Valencian Artists of the XNUMXth century by Francisco Agramunt Lacruz but with two erroneous data (first surname and year of birth) that leads to confusion, therefore I believe that it is fair to correct this forgetfulness.

He was born in Xàbia in 1937. His friend Enrique Bas Espinós He said that his father allowed him to frequent Soler Blasco's studio, thus encouraging his vocation as an artist and painter. In 1956, the Xàbia City Council granted him a scholarship for the Alicante School of Fine Arts, in 1959 he expanded his studies in Barcelona; He passed through the San Carlos School of Fine Arts in Valencia and completed his studies at the Complutense Faculty of Madrid. And it was Soler Blasco who gives us an accurate opinion, since he is also a painter, of his work and of his beginnings: He tells us that "He is a painter with an early vocation who from the beginning imposed himself the sacrificial learning of art in the official centers of the big cities, so when he was very young he had to move away from his own" and his time at the official centers gave him a great command of technique and drawing. 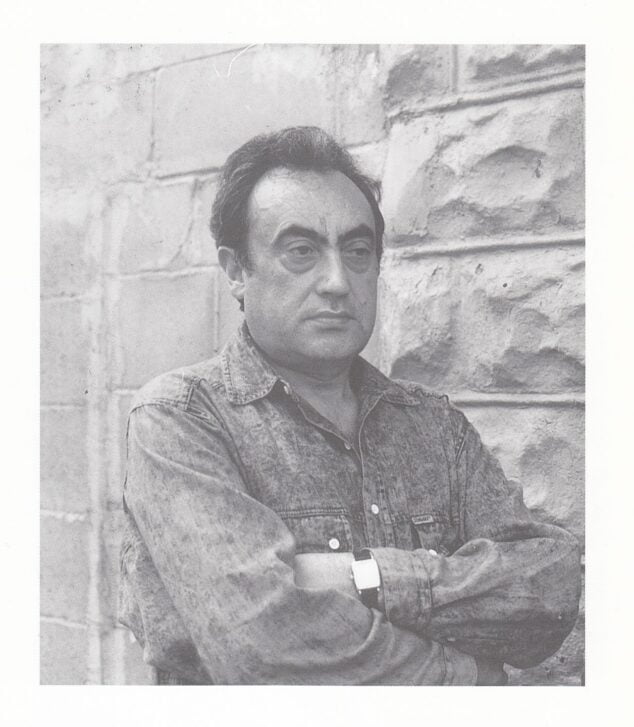 Soler Blasco makes an almost psychological interpretation of his work when he says: "Curiously, his paintings show a pantheistic world in which he floats like a nightmare, a background of anguish and loneliness that tries to cling to forms, concretizing them with a dynamic profile so that they do not escape him, and with all this forming his own inner world. . And this is how his original impressionism superimposes a latent inquisitive expressionism of gleanings that tries to tell us about colors of strong impact, contrasted with wonderful grays, magical trees and utopian seas, and especially of those ineffable scenes of the 'escaldá del raim ',' els canyissos' and heifers, all of which live on in the depths of his consciousness. "

In 1977 the review that was made of his exhibition at the Tronchoni Art Gallery in Valencia highlighted its framing in the “Post-impressionist line following in the footsteps of painters such as Francisco Lozano, of whom he was a student, Genaro Lahuerta and Porcar from Castellón, classical painting, in which he expresses the truth of color, without political influences, developing his plastic truth technically, without concealments or mediocrities ; his truth is the expression of the construction of his trade: painting. "

The painter who died in the midst of a painful circumstance after his home suffered a fire (next year on August 16 will be the 20th anniversary of his death) keeps his image and his memory alive in his family and friends. 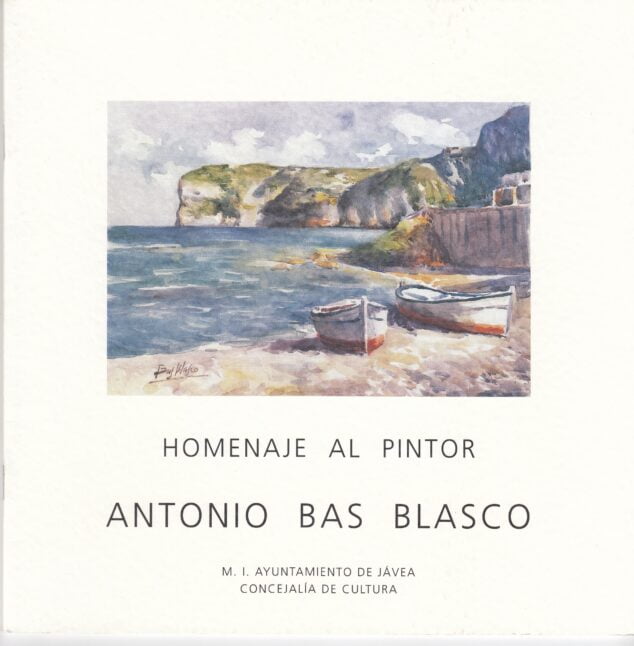 Tribute to the painter Antonio Bas Blasco in 2002

What was Antonio Bas like? There is a paragraph by Enrique Bas that tells us: "A life that seemed not made for this world, detached and beautifully naive, was diluted in an unexpected outcome". His niece Rossana adds some features of his figure and completes the vision we have of the painter: “I would highlight his moral integrity, his burial; the one who always remained dignified, although all this cost him dearly on many occasions in terms of prestige and recognition ... He was an idealist, pursuing - and achieving - his dream of being a painter since he was very young, when he filled the walls of the house with their drawings. He had a true artist spirit. Once I asked him if he regretted the path he had chosen and with that emphaticness with which he sometimes spoke, he stared at me and said: never! ".

I think that in addition to the tribute that Xàbia paid him after his death, of which there is hardly any memory, it could be completed with some recognition that will be recorded in the history of the town. The recovery of his memory requires it, as well as a study from the pictorial point of view of his work, for which I do not consider myself an expert.

The artist from Xàbia, Tomás Sivera, among the 20 best of the 'XXVI Ciutat d'Algemesí Painting Prize'
December 12 2020