The Poble Nou de Benitatxell has completed the regeneration of the old Tossal Gros landfill with the planting of 300 trees of native forest species such as holm oaks, carob trees, junipers, rosemary and cypress of Cartagena. This work of forest recovery has been carried out by 140 students of CEIP Santa María Magdalena.

Through this action, the hillside has been recovered after years of degradation due to the dumping of waste. The Councilor for Education and Environment, Jorge Pascual, has participated in this action that is part of the Tree Day campaign that commemorates the next March 21. 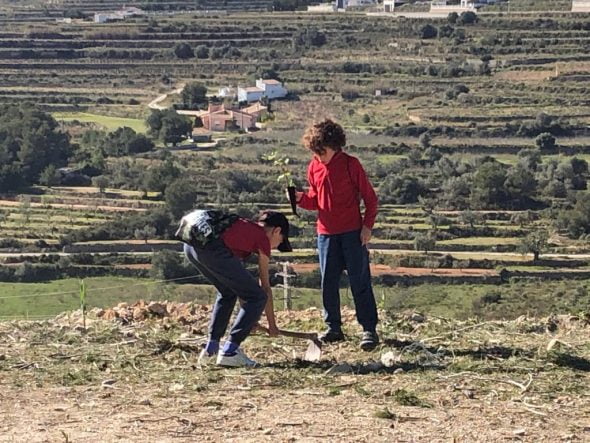 "We want children, from an early age, to become aware that trees need us to breathe and know that if they want to give a long life to the planet they should take care of nature. It is also important to encourage responsibility in individual behaviors and the importance of a restocking development that respects native species to ensure diversity and environmental sustainability " has pointed the Councilor for the Environment, Jorge Pascual.

The Tossal Gros is a forest area of ​​the Poble Nou de Benitatxell visible from a large part of the municipal area. It has a great environmental and landscape value and is surrounded by urbanized areas such as the departure of Les Fonts y Los Molinos. It was an area of ​​uncontrolled dumping of waste that has now been recovered and put into coves with several actions, subsidized with 20.000 euros by the Diputación de Alicante. The actions will be completed with the creation of a recreational forest area and a hiking route. 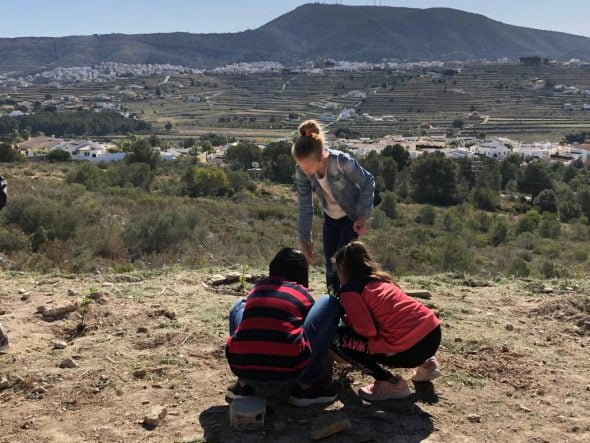